You’ve known for a while now that Samsung has released its new A-series of phones in the market, the Galaxy A52 featuring what could be the biggest storage in its price point yet. What you probably didn’t know: there’s a 128GB storage variant that’s available nationwide as of this time, both offline and online. It features almost all of the hardware as the heavily advertised one, with a few caveats for a cheaper price tag. Is it worth it? Here’s our full review.

Samsung opted for a candy-like, hazy matte finish at the back that is a good choice for a backplate. Here’s our unit in Awesome White, as the brand calls it, which isn’t susceptible to fingerprint smudges and grime.

The four cameras, along with the LED Flash, are all at at the protruded at the upper right corner. Comparing to other phones we’ve seen, this one’s a lot more minimal in height, and it’s easily protected by using a TPU case. The Samsung wordmark is at the bottom.

Lots of things happening at some of its sides, for example at the right where there are the buttons for power/lock and volume. They offer tactile feedback and has a very small percentage of harness when pressed compared to other phones, which is a plus in my book.

The top part, on the other hand, has the SIM tray slots for a hybrid setup. You’re forced to choose between a combination of two nano SIM cards, or a SIM and MicroSD card.

The other side reveals the 3.5mm audio jack, the microhpne, the USB Type-C port, and the bottom-firing speakers. While the audio jack is positioned at the edge of the steel-colored edges, it does not protrude to the back.

You get a great grip on the phone, thanks to the rounded edges and the matte back that doesn’t make the phone slip when your hands are sweaty. It doesn’t hurt holding the device for longer periods of time, although you’ll need to use two hands to navigate and type in the phone well.

Display: Brighter than the Sun

I’ve previously tested phones in the high noon as I am very particular about outdoor legibility, which could be a scenario you could have when you’re out in the city and you need to use a phone. This A52 offers a 6.5-inch tall display with 900 nits of brightness. The highest setting could possibly burn the Super AMOLED display in here, but it’s more than bright to be seen while outside.

The display also offers rich, vibrant colors than can be seen through any angle. Contrast is also outstanding, and the density is sharp enough to see even the smallest details. Motion is also noticeable smoother thanks to its 90Hz refresh rate.

Media-wise, the phone offers stereo speakers for a very good loudspeaker experience. The call speaker at the top of the 32-inch selfie camera doubles as the left speaker, while the bottom-firing one is the right channel. Music heard from these are of great quality, with decent bass, highs, and mids. Experience is also the same with listening to wired earphones via the 3.5mm audio jack, or wirelessly via Bluetooth.

Samsung’s cameras have definitely improved since the past few iterations, and now we’re getting a quad-rear setup with a 64MP shooter, a 12-megapixel wide-angle lens, and two 5MP modules for depth and macro. The front camera has a 32-megapixel camera for selfie shots.

Features include Single Take which provides suggestions on photos you should keep, Snapchat-powered AR filters in Fun Mode, Panorama, Pro Mode, Super SlowMo, and Macro, to name a few. You also have AI beautification on the front camera setting, as well as several ways to tune parts of your face.

The photos we took offered plenty of detail, near-realistic colors, and wide dynamic range, though we’ve seen some nouse in some of the shots that were processed right after taking. Taking shots at 2x zoom is still decent, while zooming in more offers quite the noise, blurring and oversharpness that you’ll expect. Low-light shots are generally ok with a few desaturation in some of our shots. I think some concerns can be resolved with a future update, but the whole imagery seems promising.

Video-wise, the phone offers up to 4K resolution at 30fps, or opt for lower resolutions like 720p with a more frame rates. You’re getting the same imagery quality in videos with great details and decent saturation. Samsung offers a Super Steady mode here for more stabilized video recordings at 1080p, though the regular stabilization on the phone is just as good. Here’s a sample clip:

For the first time in ages, Samsung opted to equip the phone it released in this price range with a Qualcomm Snapdragon processor, compared to Samsung Exynos 9611 found on the Galaxy A51. Remarkable improvements were shown in performance and thermals, as we’ve found the heat a lot more tolerable than the A51 we’ve previously had last year. Gaming here isn’t much of an issue as we’re able to run resource-intensive games like Genshin Impact and Asphalt 9 in high settings without any hiccups. Here are some benchmarks we took from the device:

Samsung’s OneUI is still here, and it features squirclular icons in a 4×6 home icon layout. There’s a section for Bixby when you press and hold the power button, and an app drawer is also available to check all the installed ones on your phone. It’s surprisingly fluid, it’s great for one-hand operation, and it’s not hard to navigate around.

Upon opening, you’ll get around 108GB of space for your own files. This is where your dilemma begins as the phone offers a hybrid slot — will you opt for extra space through a microSD card or extra connectivity with another nano SIM card?

You’re getting tons of great connectivity options with the Galaxy A52. The WiFi and mobile data works well, though you’d only get 4G speeds. Signal reception, otherwise, is really good. Other features such as a gyroscope (mostly for gaming) are present.

You’ll also get to experience a lengthy battery life with this phone. A usual day of medium to heavy SMS, messaging, online browsing, and app gaming would last at 9 hours before recharging, where it would take around 1 and a half hours to fully get back to 100%. Our PCMark Battery test gave this A52 an 11 hours and 48 minutes score, which isn’t bad. Samsung's 2021 mid-range line is definitely something and the Galaxy A52 proves to be a worthy candidate for an all-around device for a fraction of what flagships offer. While it is truly admirable, the halved storage and the fact that this device costs PHP 17,490 -- just a few hundred pesos away from the beefier 256GB variant -- is also something to look into. If you don't need the dual connectivity and can expand your storage, this could be a good choice as it offers hardware just as powerful hardware as those more expensive models.
Buy on Shopee
Tags: Samsung Samsung Philippines 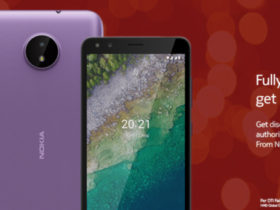