miHoYo has officially announced a new update for its multi-platform Genshin Impact, which will roll out to all users later this month.

The new Version 1.5 update will add in new personal features, playable characters, boss enemies, and additional quests to keep all players engaged. Some of the new features in this massive online game include the following:

In addition, several concept art images for the upcoming Inazuma region has been released. The Inazuma region will be home to the Electro element and will be a key focus in the events around the region. miHoYo has not announced its rollout, but is expected to be revealed in the succeeding updates.

Genshin Impact is a free-to-play open-world action RPG that brings players to the visually stunning world of Teyvat. The player takes on the role of the mysterious “Traveler,” who sets off on a journey to discover the fate of their lost sibling and unveils the mysterious secrets of Teyvat along the way. Currently, players can explore both Mondstadt and Liyue Harbor, two of the seven major cities in Teyvat, each with unique cultures, stories, and vast surrounding landscapes, and offering a diversity of creatures, monsters, secrets, and hidden treasures for players to discover. Further cities, stories, characters, and seasonal events will be released as the game progresses.

Genshin Impact can be downloaded for free on PS4 and PS5 (arriving April 28!) from the PlayStation Store, on Android from Google Play, on iOS from the App Store, and on PC only from the Genshin Impact official website. The game has been rated T for Teen by ESRB on PS4, PC, and Google Play, and 12+ on iOS. For more information and updates, please visit the official Genshin Impact website or follow @GenshinImpact on Twitter, Instagram, and Facebook. 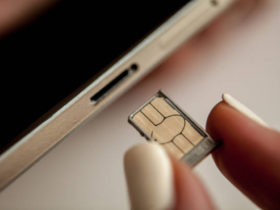